Inside the mind of Bashar Al-Assad: Author explores brutal dictatorship

An interview with Ziad Majed on the book he co-authored with Subhi Hadidi and Farouk Mardam-Bey: "Dans la tête de Bachar Al-Assad" - France 24 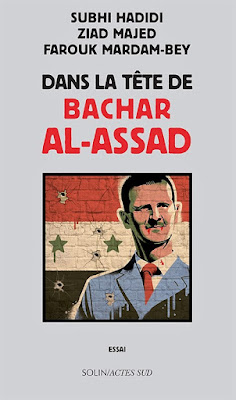 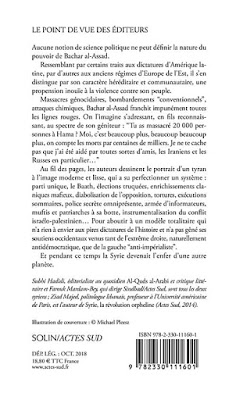 The man from Raqqa

This man's look has haunted me for three days, and despite my attempts to forget it, I keep searching for it constantly. I did not know, before yesterday, that he died hours after this photo was shot. He is one of those forgotten on the banks of the Euphrates, in the Syrian city of Raqqa, where death floods people’s lives from every direction shredding them as well as their homes into pieces... 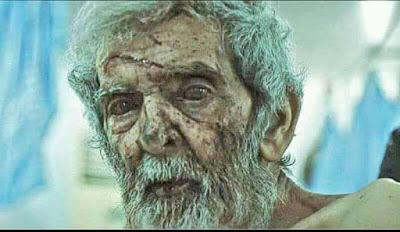 The man looks at us in astonishment, with sadness, with sorrow, with blame, or perhaps with carelessness. His face, with horrors engraved in it, is an apocalyptic ruin, just like the faces we would imagine in a Greek tragedy, or rather nothing like what we know or imagine. How can we understand the look of a man who was broken by the bombing that brought him closer to his death, who sees the camera lens focused on his own ruins and sends us through it his last beam of soul!?
Did he know he would be extinguished a bit later? Did he want to leave us with a glimpse of what he was going through? Did he want us to interpret what his eyes said in that second, or do we do that to explain to ourselves why we stare at his image, write about it and about our helplessness and despair?

This man from Raqqa is, despite representing the Syrian tragedy in his face and his look, still an individual who was devastated by horrible bombardment, who had a life, a career, had his mistakes, dreams and unfinished projects. He probably had some papers left in a drawer, secrets kept by walls and streets. He had other photos, either alone or with his family and friends.
This man from Raqqa had a name, Obeid AlKaaka-Jeh, that disappeared behind his eyes and became the property of a collective memory, shared between those who witnessed his death and those who saw their own tragedy mirrored on the pain of his last mysterious look.