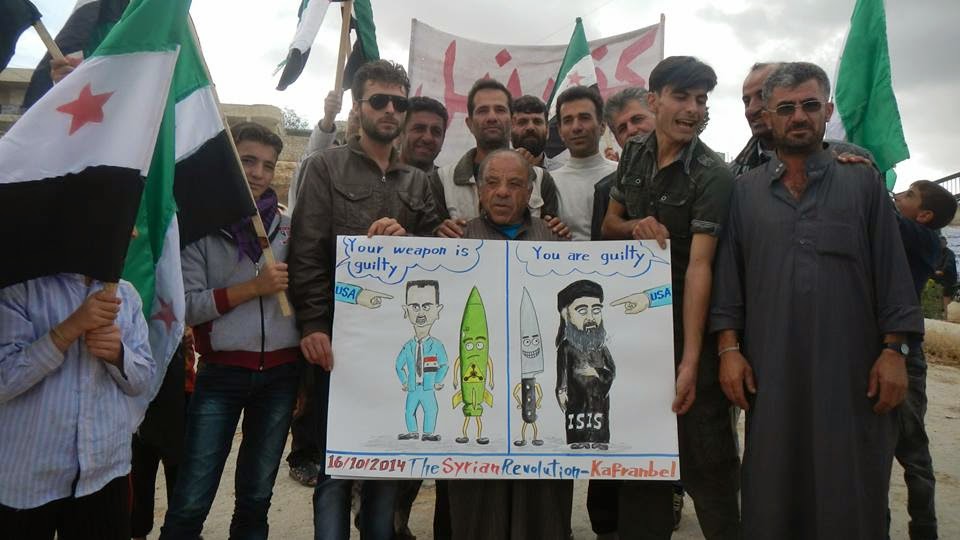 An Interview on "The Orphan Revolution"

"When I finished the book in Arabic at the end of November 2013, Razan Zaitouneh, who through her work embodies the revolution values, along with Samira Al-Khalil (a former political prisoner and an activist from day one in the revolution) Wael Hamada (activist and husband of Mrs. Zaitouneh) and Nazem Hamady (a lawyer, activist and poet), had not yet been kidnapped. In my opinion their kidnapping is one of the most brutal and ugly acts, both for what it meant and for its location (in Douma in the heart of the “liberated” East Ghouta), as well as for the responsibility for the kidnapping by a large, militant Islamic group that controls the region. Therefore, I amended the dedication in the French version, which was issued in Paris, to read: To Razan Zaitouneh, Samira Al-Khalil and Faïek al-Meer. The latter played a very important role in the revolution, having previously spent 12 years in the Assad prisons, and was arrested on October 7, 2013".
Plus d'infos »
Publié par Ziad Majed زياد ماجد à 10:31